This Year’s Oscars Are So Hot We’re Grabbing Our Portable Umbrella!

Are you ready for this year’s Oscars? I know that I personally will have my eyes glued to the screen Sunday at 8 o’clock. Actually, who am I kidding? I will be tuned in much earlier to watch all the red carpet madness, and taking notes on all the fashions being worn by Oscar nominees as they waltz down the red carpet! In the L.A. heat I’m pretty sure they’re going to wish they could pop open a portable umbrella, like JoeShade, to keep them cool and picture perfect! 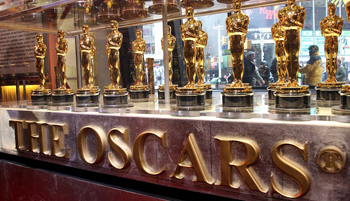 The stars walking down the red carpet at the Oscars are going to wish they could pop open a portable umbrella, like JoeShade, to keep them cool and picture perfect in the L.A. heat!

When it comes to the movies this years list is jam-packed with some amazing performances including a vengeful bounty hunter, a super spy, some singing revolutionists and a whole lot more! So the big question is which stars will take away a golden statue? And who are the stars that are going to look the best while doing it?

Who To Watch At This Years Oscars

This year’s Oscar nominees include a variety of original story lines that will be a tough decision figuring out how they stack up. There were three movies in particular that had me sympathizing with the main characters. In Life of Pi, Suraj Sharma plays Pi, a boy who eventually ends up stuck on small raft in the middle of the ocean with the dangerous company of a tiger from his families zoo. This storyline had Pi on the ocean in blistering heat facing starvation and dehydration just to name a few problems besides big challenge of being stranded with a tiger! I couldn’t help but want to offer him a JoeShade portable umbrella and an emergency pack of supplies for his impossible trip. Similarly, I wanted to help out Hushpuppy through the wrenching journey of surviving an impending hurricane in Beasts of The Southern Wild, along with the whole cast of Les Misérables stuck in the rainy trenches of the French Revolution! These performances just go to show how good the actors and actresses are at giving such believable performances.

Stars Need a Portable Umbrella on this Year’s Red Carpet

I’m very excited to see what Ann Hathaway wears this year, and to get a chance to see Daniel Craig looking as dapper off screen as his Bond character in Skyfall. However, I can’t imagine the heat that these stars will be under this year in Los Angeles. Looking at this year’s Grammy’s I think we all saw some celebrities regretting that they worn long sleeves. We all know that everyone looks better without shiny faces, or worse, underarm stains! The fashion police will be sounding their alarms! Smart stars will prepare and stay cool by grabbing any shade they can while on the red carpet. Psst, guys, just a tip, a portable umbrella is a great way to keep cool and look famously fabulous in all weather situations. But no matter what the weather conditions, stars are sure to make a fashion statement this year as they make acceptance speeches, or look graceful losing. I think we can all expect some exciting wardrobe choices.