You probably know about almost all of the celebrity gossip these days. Mila Kunis is pregnant, Justin Bieber got arrested, Kim Kardashian and Kanye West got married. However, something you probably haven’t heard about are celebrities who went through some pretty scary skin challenges. They usually hide it from the public to maintain their image but celebrities are people just like us!  I came across this information about 5 celebrities who have faced skin problems. Maybe they will consider protecting their skin with a UV protection umbrella. 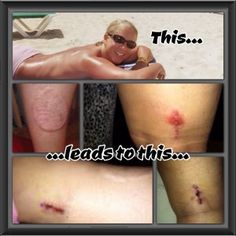 1.) Michelle Monaghan This edgy actress, known for her role in Mission Impossible movies, is not known for skin cancer. Lucky for her, she has a caring Australian hubby who insisted she get a little mole on her calf checked out. Turns out it was skin cancer! Yep! Good thing in Australia they’re very aware of skin cancer.

2.) William H. Macy The American actor, screenwriter, and director appeared on Live with Kelly with a bandage on his nose and admitted that he recently had a basal-cell carcinoma removed. He blamed himself stating that he spent his youth in Georgia with no sunscreen. Well, maybe I should suggest Will keep protected from the harmful sun rays with a portable UV blocking umbrella.  That would really help!

3.) Melanie Griffith Golden Globe winner for her performance in movies, Melanie faced some skin struggles too.  She was lucky enough to undergo surgery to remove early stages of skin cancer from her face. I bet Melanie keeps her face covered with UV sunscreen but she too, can benefit from a portable UV blocking umbrella with a tripod stand.

4.) John McCain Arizona senator has faced at least four melanomas. In 2008 when he ran for president, growing concerns of his health continued to rise. People believed that a president with the most dangerous type of skin cancer would not be able to finish a single term in good health. Since then McCain has had his melanoma removed and doing well.

5.) Brooke Shields Brooke is known for her beauty but also faced skin struggles from not protecting her skin from the harmful UV sun rays. She had a precancerous mole removed from her face and that opened her eyes to the damaging effect of the sun. You think that because you’re not in the sun anymore, the damage is all in the past. Then you get a scare and realize the damage from earlier years may show up as cancer.

Hopefully, all these celebrities learned from their experience and now know to protect themselves from the sun. A portable UV blocking umbrella could have protected their skin while they still enjoyed spending time in the sun. I’m glad I found this article because I realize now anyone can face skin cancer.

Have you had trouble with keeping your skin protected?  We’d love to hear from you!